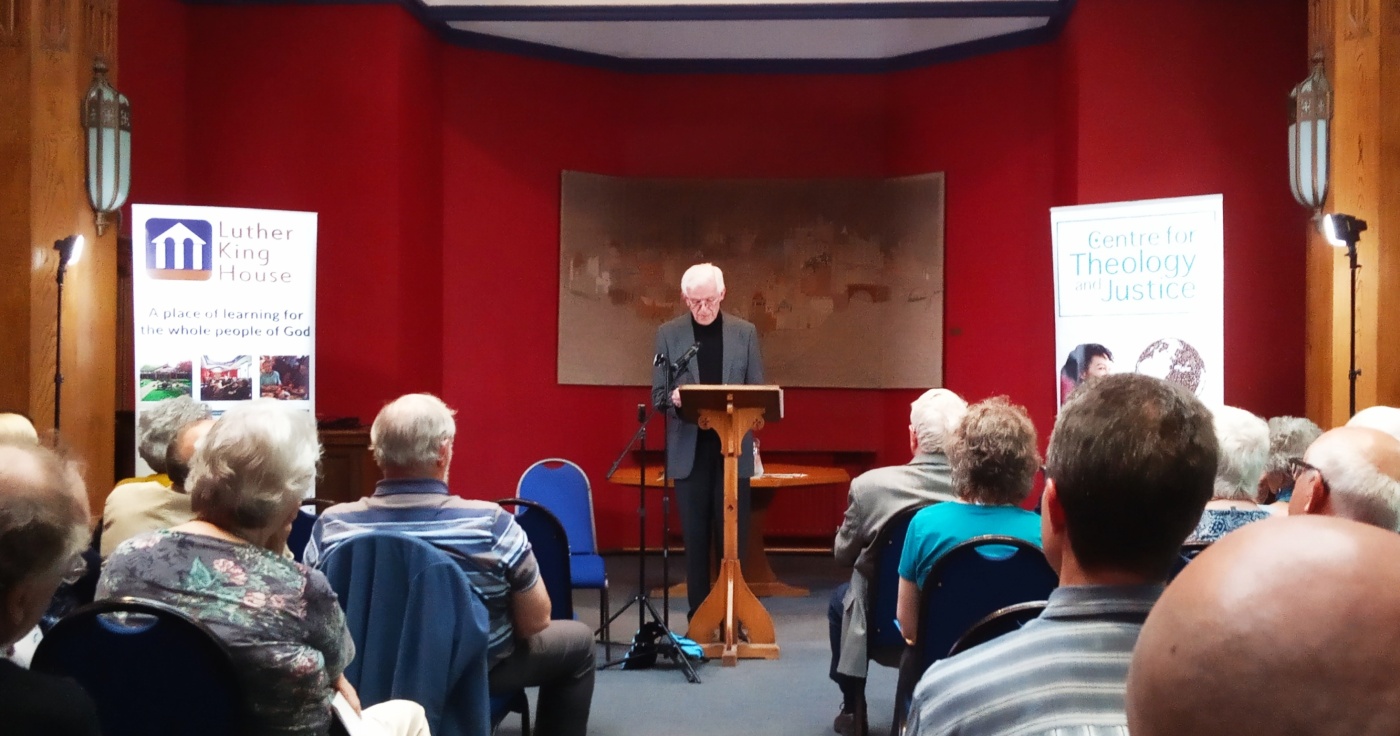 Last week I went to a lecture put on by the Centre for Theology and Justice in Manchester (the annual David Goodbourn lecture). The speaker was Michael H Taylor, one time principal of Northern Baptist College, subsequently CEO of Christian Aid for 12 years and now, among other things Emeritus Professor of Social Theology at University of Birmingham. Entitled ‘Sweet Charity’ it considered at what point ‘sweet charity risks turning sour’. Starting with a discussion on restoration and rehabilitation, and using justice as a theme for his paper, Taylor’s central concern was the extent to which charities contribute to structural change where the social structures aggravate the very problems they are trying to resolve. For example, Christian Charities working to help people in debt may be a significant help to the indebted individual but make no difference to the conditions that cause these debts in the first place.

Charities have, in recent years, been exposed to a number of criticisms such as bad governance, high salaries for CEOs, sexual misconduct and the loss of the volunteer ethos so it is not surprising that it is suggested, on occasion, they fail to contribute to the public good and actually cause harm. Nevertheless, in Taylor’s view, the majority of charities seek to do good work. The question is whether they can move beyond restoring and rehabilitating to redeeming and making new.

The lecture moved on to consider his implied criticism that charities don’t contribute to social justice may be unfair, highlighting two particular aspects in defence of charities. First, the recognition that charities can’t do everything and overstretching could then jeopardise the things they do well (and recognising that charity law sets limits to what they can do). Second, is to recognise that caution is not bad; structural and social changes (as opposed to simple rehabilitation) are not sure fire solutions. Social context is a highly complex system and best intentions can lead to unexpected consequences and make things worse.

So how might charities ensure that they are focused on causes and not just symptoms, on reform and not just rehabilitation? Taylor set out four requirements.

So how does the Christian faith connect with all of this? Taylor recognised that Christianity includes both individual acts of kindness and compassion but also seeks to refashion the social order in the shape of the kingdom of God. “It restores, redeems, re-imagines and recreates. It is out to make all things new.” However he then went on to suggest that, when we get to this front line, kingdom building theology is not the discipline we require and that, beyond some broad brush strokes, Christianity has little to say. Whatever capacities and competences are available to us are found in secular disciplines such as economics, sociology and so on. Furthermore in order to engage in on the front line and see things change in the ‘public square’ we need to speak and use secular language.

So how might faith and action be connected? Taylor concluded by seeking to make five points of connection.

My own interest in mission organisations and missiology is somewhat different to Taylor’s but it is always good to listen to people who have a depth of knowledge in a related field, especially when they don’t think about things the same way as you do. There are some things here that are relevant and worth thinking about as churches consider how they might support members in their work. I can think of a number of mission endeavours which would benefit from understanding the wider context, of short term mission teams who need to ensure that their well-meaning contributions do no harm, and missionaries and churches who should seek to work with others and not just operate in their own silos.

However, I want to push back against the notion that the Christian faith has little to say about kingdom building. All life is about how we live in the light of who God is and what he has done in Christ. God, by the Spirit, is involved in every aspect of creation and in its continuing to exist; there are no places nor people where God is not. Dividing social sciences (or indeed any branch of human enquiry) into secular spheres beyond the faith is to forget that theology is at heart: “faith seeking understanding” which includes every aspect of human knowledge. That Christians and the church may struggle to speak in the public square is a problem of communication rather than a result of God, or Christian theology, having nothing to say. That said, I’d concur with Taylor’s concern about ‘theocratic’ views which are so convinced they are right they seek to impose themselves on others.

The broader discussion would benefit from considering both macro and micro elements. There are some things that require working together and are beyond individuals and small groups (except by working in a larger group) and often larger issues of justice fit into this category. There are other things that can only be done at an individual or small group level. Loving my neighbour is not primarily about principles or social change, it is about me getting personally involved (for example taking her to hospital). These things are not an either / or, we need both and they both feed into each other. For example, an organisation may talk about transformation in its vision statement (or a church about transforming the city) yet this is only achieved through concrete actions; nevertheless a church seeking to make disciples will want them to see their service in the wider context of God’s desire to reconcile and restore all things.

A written version of the paper and a video of the event are available: here