A small team is accompanying me to Iquitos later in the year so I’ve been doing some thinking and preparation. One recurring question concerns the value of short term mission trips. Not just my Peru trips but more generally; as a church we have a steady stream of people going on a variety of short term mission trips so we have a responsibility to encourage good practice.

Some might ask what’s the problem? Broadly, I think there are five potential questions / pitfalls.

Short term mission is expensive and takes lots of resources.

The cost, often more than £1,000, and the fact that flying isn’t exactly environmentally friendly raise the question of whether the money wouldn’t be better used by giving it to the mission project directly. After all the costs might keep a locally supported partner worker funded for many months. But there are also hidden costs, in the time taken up organising the short term visit (which usually takes people who are in the host country away from their normal mission tasks).

Is it really mission?

The first trip I went on felt more like ecclesial tourism than mission; but then the purpose was to show me how money the church had given was used in a variety of projects so whilst it wasn’t really mission it was part of ‘the mission’.  There’s a theological question at the heart of this but some mission trips seem more focused on giving those going a good experience than actually joining with the mission of God and engaging with the local people in a particular place.

It only benefits those going.

The internet is replete with examples of short term mission projects where the work done was largely made up to keep the volunteers busy (digging trenches, painting walls). At the end of the two or three weeks the volunteers leave with a sense of having done something but leaving little or nothing of value. What’s worse is examples of where teams come and do things which could be better done by employing someone locally (thus short termers deprive the local economy of work).

So imagine, every short term mission team arrives bringing gifts for the young children in the village as part of their ‘helping’ with the childrens work. Soon, everyone expects this and compared to the excitement of the visitors, the long term missionaries work with children seems really dull. It’s not just sweets of course, mission funding can create expectations and dependency which don’t help long term development.

It can be damaging 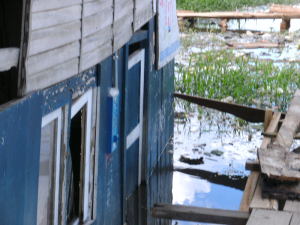 Worse than things that are not helpful are things which are harmful and detrimental to the hosts. In the last few months there has been a bit of a campaign trying to discourage orphanage volunteering in Africa and elsewhere. Why? Because there is evidence it is harmful to the children (details); they become normalised to lots of different people having access to them (in UK we protect vulnerable children and adults and guard them), they go through repeated cycles of attachment to people and then abandonment, and usually the volunteers have no training in how to work with vulnerable people or how to avoid their behaviour damaging the children emotionally. Added to which Save the Children estimated that 80% of those in orphanages are not actually orphans but are placed their because of the perception that they will have a better life and creating a demand for orphans and orphanages.

There are three good reasons why people shouldn’t just stay at home though.

Open your eyes to other people and cultures.

Short term trips give us an understanding of the situation other people live in which you can’t get from YouTube or Wikipedia. This understanding fuels our prayers for others and, potentially, helps us to be more welcoming to people coming to the UK from other places as we can an appreciation for other ways of living and doing.

As well as opening our eyes we see things differently. We come to recognise that materially we are rich even if (by UK standards) we are poor; we may come to see that while we are materially rich we are poor in other ways. We also start to see our own mission context differently (both the challenges and opportunities).

For some, short term mission opens the door to long term service but hopefully everyone becomes more mission hearted, both globally and locally. 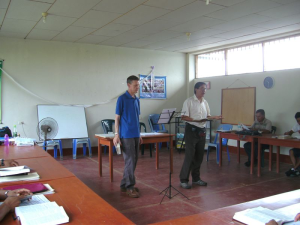 So what, as a church minister, can I do to encourage good mission?

First, I can encourage people to ask questions about who they go with, what they go to do and why they want to go. As a church we encourage people to go with organisations who are signed up with global connections best practice and hopefully we do so in a way that affirms responsible mission engagement rather than pours cold water of people wanting to go.

Second, encourage a positive attitude to short term mission where those going seek to serve and be an encouragement, where they go to serve but also to have a long term view so that they might make a small contribution to the longer term mission. For all the difficulties, ‘it is better to light a candle than curse the darkness’.

Third, to understand mission as a partnership. In a short visit the primary onus needs to be on learning and listening to others, to stand alongside them as partners in the global mission of God. We in the UK have lots to learn from the global church and we are privileged to be able to do so.

I’m committed to global mission and to encouraging the UK church to play a full part in it – what about you?