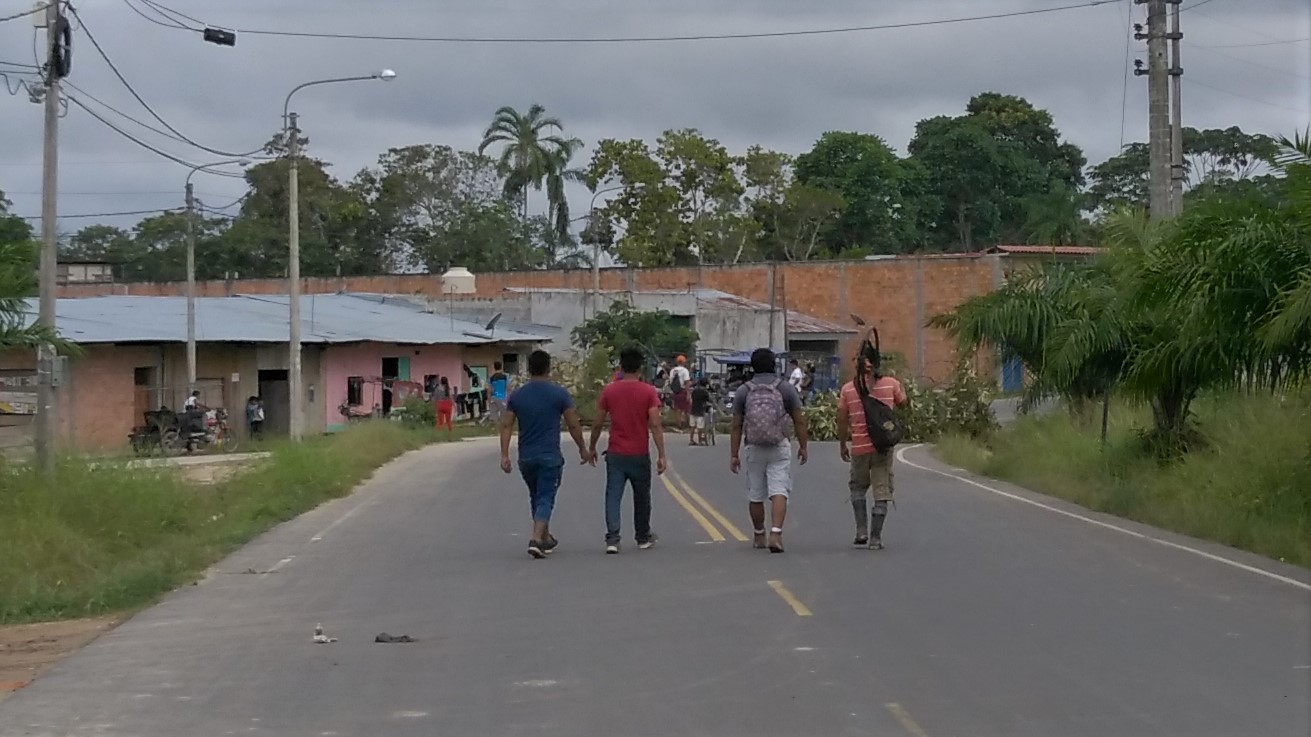 I (Lori) woke expecting a productive day today. I got up and even did some exercise before breakfast. But the local government in Nauta had other ideas and declared a 3 day strike. So instead of the fruitful day envisioned, it has looked more like this:

Unlike last week’s strike when life continued as normal, this time Nauta had been transformed overnight. Numerous makeshift road blocks had been created preventing the free movement of traffic and, in some cases, making it tricky to walk.

Monday is our regular day for taking washing to the launderette and we couldn’t put it off till after the strike (unless we were going to do a mountain of handwashing).  So, undaunted by the lack of motos (mototaxis) we ended up walking all the way there and back again which occupied about 2 hours.

When we got back we needed to rest, recover and drink lots of water. And then the power went off.

All was not lost though and some accounts work was still possible – that which didn’t require the use of a printer – but less than I had hoped.

And then the power came back on and it was lunchtime.

The temptation after lunch is to have a snooze but I just about resisted and instead read a short Kindle book on how to be a good teacher of English as a second language. A few of the things mentioned in the book had wider applicability and confirmed some of the things we are trying to implement in the new training course, such as being more focused on what our students are learning than on what we are trying to teach. I don’t think that whole class teaching will ever be something I want to do but it is always good to learn about different things. I also spent some time revising points of Spanish grammar.

Water for washing and cooking here depends on rain, something that had been in short supply for a week or more. I was just considering that I could go and print off the spreadsheets that I needed in order to make more progress with the training centre management accounts when the heavens opened. The rumblings of thunder which had been around us for a few hours switched gear from threat to action and unloaded a full blown tropical downpour, filling the tanks (2200 litres in total) in short order. 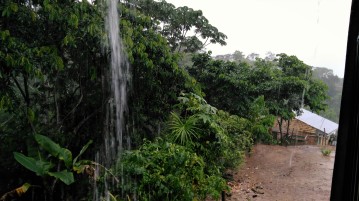 Maybe I should read a book instead…but I suppose I have written a blog post!